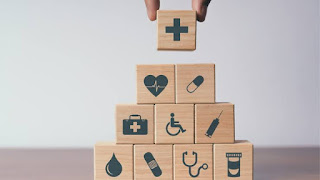 What is the difference between term insurance and life insurance?

With a strong focus on trade, technology, and tourism, the United Arab Emirates (UAE) is emerging as a global power. In fact, the UAE has very successfully diversified its economy to become one of the fastest growing economies in the world today. This has resulted in it becoming an economic hub, with millions of investments pouring in from across the world.

With such lucrative opportunities, the UAE, especially Dubai, has also seen a considerable increase in the number of expatriates and it is home to immigrants from all parts of the world. Online insurance uae can help you .Over 85 per cent of the total population of the UAE belong to the expat community. It would not be incorrect to call the UAE one of the most expat-friendly countries in the world!

With this influx of expatriates and investments, however, the UAE has also become one of the most expensive locations in the world.

This is why it is critical to possess insurance in the UAE.

Often, we toil each day to save enough for our future. However, one catastrophic event or an unanticipated circumstance such as an accident, mishap, or a sickness can cause all these hard earned savings to deplete quickly. The already soaring costs of living in the UAE coupled with such unforeseen incidents can cause a massive dent in our savings, resulting in much financial strain.

In such a scenario, an insurance empowers you to face any situation without worrying about its financial implications. In short, insurance is an integral part of your financial planning to help you feel secure. Also you can apply online insurance in Dubai.

Now that we understand why insurance is important in the UAE, let us also understand more about life insurance and term insurance.

A term insurance is possibly the simplest and the most cost-effective type of life insurance. This insurance provides financial coverage to the policyholder for a specific ‘term’ or period of time. In the event that the policyholder dies during this stipulated term period, a certain sum, called death benefit, is paid to the named beneficiaries.

However, a conventional life insurance policy extends maturity benefits too. Hence, if the policyholder survives the term, he is assured of a maturity benefit. In the event that he dies, the main corpus is extended to the pre-decided beneficiaries.

In short, unlike life insurance, term insurance does not have a cash value if the policyholder survives the term. To draw an analogy, term insurance is like travel insurance: you might not use it at all, however, you still pay for it to mitigate your risks.

Given its nature, term insurance has a pretty low premium. However, the premiums of life insurance are significantly high.

Which of the two is more beneficial?
While both these types of insurance have their own advantages, you should choose one of them depending on your requirements.

A term insurance is ideal for those that are looking for financial protection for a certain period of time. It is also beneficial for people that have dependents and need protection against debts such as a mortgage or a home loan.

A life insurance functions as both, a financial protection plan and a savings plan. Hence, this is most suited for those that are wanting to save for the future.

With this information in hand, we are certain that you would be able to make a wise decision about which of the two policies to avail.